A quote from ‘Fair(er) trade options for the cannabis market’ outlines a historical development of cannabis policies towards an ethical perspective, including a reflection in light of the preservation of cannabis genetics; 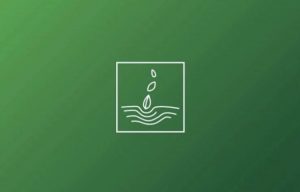 “Historical policy changes are now reshaping the global cannabis market and the gradual dismantling of the prohibitive regime that reigned in past decades is a welcome development. It would be a dramatic outcome, however, if the legally regulated medical and non-medical markets that are arising from the ashes of prohibition, ultimately leads to what prohibition intended but never succeeded in achieving: the destruction of the remnants of traditional cannabis cultures that barely managed to survive, and the eradication the illicit cannabis survival economies in the Global South.

Fair trade transition
The construction of the global cannabis prohibition regime was an historical mistake with severe consequences, but if the transitioning towards a legally regulated market results in a corporate takeover that concentrates profits into a handful of Big Pharma, Agro and cannabis companies and pushes small-scale farmers in the Global South out of business, another historical mistake is already in the making. Ensuring that fair(er) trade principles will guide this transition is a responsibility for governments and the cannabis industry alike. Far from a purely quixotic benevolent endeavour, benefits can be derived for both. For governments in the Global South, for example, carefully structured producer frameworks have the potential to achieve hitherto elusive development outcomes in marginalised communities thereby contributing to the achievement of the Sustainable Development Goals as committed to at the UN level. Kate Gilmore, OHCHR Deputy High Commissioner, when introducing in April 2018 the draft of the Declaration on the Rights of Peasants and Other People Working in Rural Areas*, referred to the 2030 Agenda for Sustainable Development and its promise to ‘leave no one behind’; ‘Promises that no one is to be left behind by discrimination nor poverty; or left out through marginalization; or forgotten because their truths are inconvenient to the privileged. And there is a real risk that that will be especially the case now for those of them dependent on illicit cannabis cultivation. Yet, those universal promises have not been upheld. Peasants and other people working in rural areas have been left behind.” Jelsma et al, march 2019 www.cannabisinnovate.org

The right to seeds, and in particular the right to save, exchange, and sell farm-saved seeds. seems not to be enforced in some countries, in particular countries that are members of the latest version of the International Union for the Protection of New Varieties of Plants (UPOV) convention. Seed companies and plant breeders have argued that if peasants want to save and sell seeds that they harvest from improved protected seeds they bought from the companies, they would have to pay royalties (or like in Europe breedersrights CF 2-4-2019).

Ethics
Ethical concerns such as solidarity and social justice works both ways, if seed companies and plant breeders want to grow seeds of peasants, they too would have to pay equitable royalties, which is usually not the case specially in the illicit cannabis trade. Also there is the issue of serious consequences of cross-pollination; when certain external cultivars are mixed with indigenous plants, since cannabis is dioecious and landraces thus become vulnerable for losing their specific traits. Needed in light of the UN 2030 Sustainability Development Agenda is producer empowerment and community benefit sharing through more equitable terms of trade. That includs environmental sustainability standards in production methods when it comes down to transitting the cannabis-markets towards regulation, including labour protections to ensure worker safety, health, and satisfaction; Democratic control in the participation and decision-making processes; Transparency and traceability in operations and supply chains; Longer-term strategies for cannabis producers from marginalised communities who are transitioning out of illegality; Consideration of restorative justice for those previously excluded or criminalised as well respecting the cultural and religious identities and practices of traditional growing communities. The Swansea University could have referred to art 8j of the Convention on Biological Diversity in this respect too!
The 8j article is about subject to national legislation to respect, preserve and maintain knowledge, innovations and practices of indigenous and local communities embodying traditional lifestyles. Very relevant for the conservation and sustainable use of biological diversity and promote their wider application with the approval and involvement of the holders of such knowledge, innovations and practices and encourage the equitable sharing of the benefits arising from the utilization of such knowledge, innovations and practices.

Nagoya Protocol
The Cannagenethics Foundation’s main perspective on this issue however is to work under the direction of the access and benefit sharing and mutually agreed terms (ABS & MAT) of the Nagoya Protocol for the preservation and exchange of registered genetics, for stakeholders like indigenous peoples, peasants, scientists and entrepreneurs.

Cannabis evolved at the Tibetan plateau

Cream of the crop.